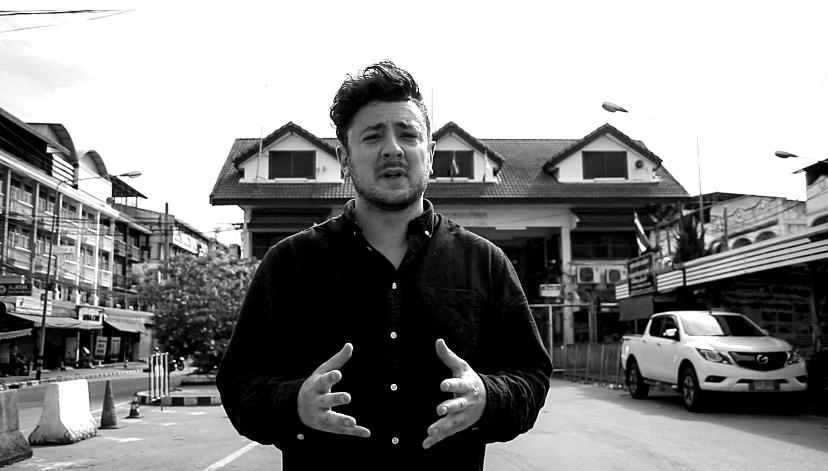 Tommy Walker is an award-winning journalist who has predominantly reported within the Asia region. Originally from the U.K, Tommy has been living overseas for nearly a decade. As of April 2022, he has been reporting in Eastern Europe amid Russia’s war in Ukraine.

In 2019 and 2020, Tommy covered the Hong Kong anti-government protests and news on the national security law. As well as reporting from the frontline of dozens of street demonstrations, Tommy has interviewed now-jailed media mogul Jimmy Lai and high profile activists Joshua Wong, Agnes Chow, Tony Chung and Lee Cheuk Yan. In addition, Tommy’s photography work of protests and political figures in Hong Kong has been published by leading media outlets worldwide.

In 2021, Tommy partly relocated to Taipei, Taiwan, a city that has a rapidly growing status as a media hotspot in Asia.

But amid Myanmar’s military coup during the pandemic, Tommy was based in Thailand to cover the anti-coup revolution. He has interviewed key politicians, activists, journalists and soldiers of Myanmar’s rebel armies. Tommy worked from Bangkok and Mae Sot to cover the events.

While in Bangkok, Tommy has reported on Thailand’s continuing anti-government youth movement that began in 2020. He has attended several heated clashes between demonstrators and police in the city’s Din Daeng suburb.

Press freedom has been a key focus of Tommy’s reportage.  For The Telegraph, he interviewed Indonesian journalist Veby Mega Indah – blinded by a rubber bullet in 2019 – during Hong Kong’s anti-government protests.  Tommy has also worked closely with Voice of America, reporting about press freedom in Asia, while he has interviewed 2021’s Nobel Peace Prize Winner Maria Ressa from the Philippines. In November 2021, Tommy was a part of the VOA Press Freedom team that won the inaugural Media Freedom Award at the Association for International Broadcaster (AIB) awards.

Russia’s war in Ukraine in early 2022 saw Tommy report on the ground, filing both text and images with newspapers, broadcasters and media agencies.  Tommy worked at the Poland border before reporting in Ukraine, covering news throughout the country including from the frontlines in Kharkiv, Dnipropetrovsk and Mykolaiv.

Before transitioning into journalism, Tommy was a travel writer. His travels are wide and many, having visited six continents, including several years within the Asia region and 15 months in Latin America.

Tommy has embarked on several sponsored trips to destinations including North Korea, Borneo Malaysia, Singapore, Morocco, and New Zealand. His travel excursions often find Tommy exploring “off the beaten track” destinations, which have included Venezuela,  Kaieteur Falls in Guyana, and Colombia’s “Lost City”, amongst others.

So far, Tommy has been based in Bangkok, Melbourne, Auckland, Mexico, Hong Kong and Taipei.

Published | Worked For | Appeared On

Published | Worked For | Via Agency

Scroll back to top